When I was growing up in East Lansing, Michigan,  it was at the end of WWII and my father (Jim Anderson) was working on his Masters Degree in Engineering.  He was returning to his roots (my grand parents lived the next block over) with his war bride fresh off the boat from Britain.  We lived in the quanset huts on campus at Michigan State University and Dad rode a bike.  Our first house was on Highland Avenue.  A long, gently sloping street that stopped at the bottom at Grand River Avenue.  All the houses faced the street and paralleled the slope and none of the back yards had fences.  It was possible to walk to the top backyard and sled or ski or toboggan right down through 12 or 15 backyards.  You could get flyin’!  All those people left their back porch lights on so you could sled after supper.  This was provided that you had your homework AND your chores done.  Frequently the temperature was in single digits or below.  The Scoutmaster shovel leveled the snow right out his back door and flooded it so we could all play hockey.  On Saturday nights, he put out two burn barrels so you could warm up;  and his wife made hot chocolate.  It was wonderful.

Now in our neighborhood all the men had workbenches…..usually in basement (tornado country) and sometimes in the garage,  if they had one.  About every other one had a garage (we didn’t) and in the summertime after supper the men would go through the kitchen door to the garage, open the garage door, turn on the light, open the back yard door (for the breeze) and go to their workbench and continue their project.  You could tell almost immediately what kind of guy they were.  They were either a car guy or a wood guy.  The car guys didn’t spend their time revving up their motors all night or tearing up and down the street….they worked on their cars.  The wood guys were just as industrious and maybe just a little quieter.  Most of them had hand saws, hand drills, hand planes, screwdrivers, nails and hammers.  My father and my Grandpa were wood guys.  They just loved to build stuff.  They could build tables, chairs, cabinets, workbenches were a specialty, under stair closets, Knotty Pine T&G paneling, trim out windows, doors, backyard free standing bench swings, back porch swings, bird houses, screen porches………they made damn good kites and wagons too.  It was an after supper and after church on Sunday ritual.  That hand work for both car guys and wood guys was some sort of soothing balm for men that had seen too much and didn’t want to talk about it.  You can control something you make with your hands.

When I was seven or eight we moved about six blocks away.  I still saw most of my friends and we had a good sled street….shorter but steeper.  One kid would go down when no cars were coming and yell back up at us “clear!” and off we’d go.  Under the street lights now, but faster.  It didn’t take us long to learn to ice the steep part so that cars used the block over.  We all made money shoveling snow, raking leafs, and mowing lawns……..after the homework and after the chores.  I began buying tools and books on the occasion my mother would go to a church rummage sale or an estate sale.  I bought my first hammer, screwdriver and Tarzan book at a church rummage sale.  I love to read.

It was Christmas all of a sudden!  The excitement had been building for weeks.  Now that I was eight,  I had to shovel the whole driveway… and it was big!  Also the front stoop, stairs and walkway to the street and the sidewalk.  It was a hundred and twenty five foot sidewalk….big corner lot.  It gave you muscles and a feeling of accomplishment when you were done.  It had snowed the day before and we had gone caroling Christmas Eve…….I don’t remember going to church that night.  I went to bed tired and excited.  Alert to everything briefly.  I forget what I had asked for for Christmas.  I can’t even remember what I had written on my list.  I just fell asleep.

I remember waking up really excited, ready to go, but you had to wait until your parents were up.  It was the rule.  Time!  I got out of bed, pulled on my robe and slippers and went to the head of the stairs.  Half way down the stairs you could see the tree, all lit up, presents all wrapped………but what was THAT!  It was a stack of 2×4’s with a big, red bow!   And eight brown paper bags with ribbon bows…..AND A TOOL BOX!!  Holy Cow.  I can’t remember, but I think there were ten 2×4’sx8’….might have been only 8, maybe 6………it doesn’t matter, they were mine.  Each brown paper bag held a pound of  different nails…4d, 6d, 8d, finish nails, 6 and 10 smooth box, and 8, 16 spikes.  The tool box held a square, hand drill and bits, a new hammer, some new screwdrivers, pair of pliers and a crescent wrench.  One wrapped present held a new 16pt short hand saw.  I was absolutely stunned.  Something I never would have expected.  My father knew me well.

The end of this saga is a happy one.  With the help from my father and my Grandpa and my tools, and some of theirs, we built my first workbench.  I was admitted into the family fraternity of wood guys and it has never stopped. 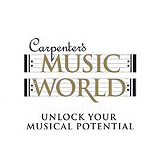 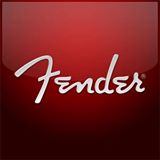 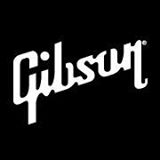 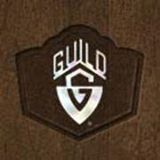